Guide to International Arbitration in the Middle East: Qatar 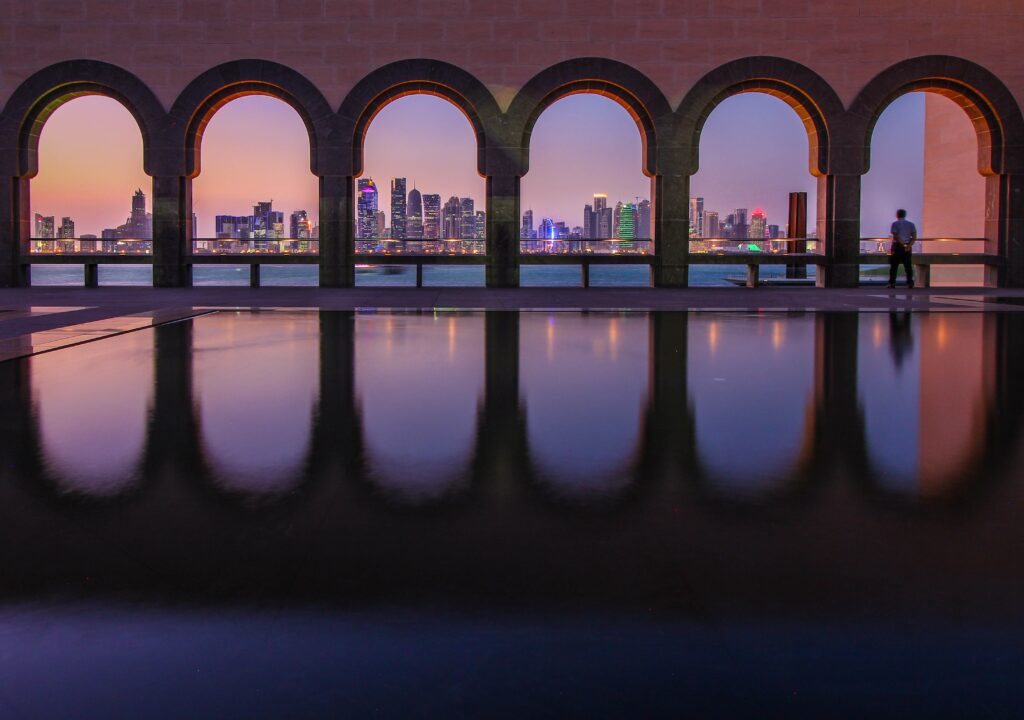 This is the fourth in a series of Guides to International Arbitration in the Middle East.

In this guide, we will look at international arbitration in Qatar.

This information found in this guide is accurate as of January 17, 2022.

Is Qatar a signatory to the New York Convention?

Qatar declared the “reciprocity reservation” pursuant to Article 1(3) of the New York Convention, meaning that it will only recognize and enforce foreign awards made in other signatory states.

What legislation applies to arbitration in Qatar?

The general duty of the tribunal is to act impartially and to treat the parties equally. In doing so, the tribunal is required to provide the parties a full and equal opportunity to present their respective cases, and avoid any unnecessary delays or expenses, and to ensure a fair and expeditious process (Article 18 of the Arbitration Law).

Having said that, parties have the flexibility to choose the rules applicable to the arbitral proceedings, and the tribunal must follow the same. However, if the parties are unable to agree the procedural rules, the tribunal can apply any rules that it deems appropriate (Articles 19(1) and (2) of the Arbitration Law).

There are also certain other aspects of the Arbitration Law, such as:

What other arbitration-related treaties and conventions is Qatar a party to?

Qatar is signatory to the following international treaties that are relevant to the recognition and enforcement of foreign arbitration awards:

Is the law governing international arbitration in Qatar based on the UNCITRAL Model Law? Are there significant differences between the two?

The Arbitration Law largely follows the UNCITRAL Model Law. However, there are some differences between the two, including:

What arbitration institutes exist in Qatar?

Qatar has one arbitral institute: the Qatar International Centre for Conciliation and Arbitration (“QICCA”).

The QICCA Rules of Arbitration (the “QICCARules”) were first introduced in 2012. No amendments have been made so far. However, given the number of mega projects and the FIFA World Cup 2022, the Qatar Chamber of Commerce and Industry is considering updating the rules to remain consistent and suitable to different parties. This could include a chapter for emergency arbitration as provided in the ICC rules.

What are the validity requirements for an arbitration agreement under the laws of Qatar?

For an arbitration agreement to be valid and enforceable under Qatari legislation, the following criteria applies:

Pursuant to Article 16(1) of the Arbitration Law, arbitration clauses uphold the doctrine of separability.

Furthermore, an arbitration clause which is incorporated into a contract by reference to another document is enforceable, provided that the said reference clearly makes that external clause a part of the contract (Article 7(5) of Arbitration Law).

Is there anything particular to note in Qatar with regard to multi-party or multi-contract arbitration?

The Arbitration Law does not provide any guidance as to dealing with multi-party or multi- contract arbitrations.

If it does apply, the same formal requirements for a valid arbitration agreement must be in place.

The Arbitration Law is silent in this regard.

However, one essential requirement for the validity of an arbitration agreement is that it must be in writing. Further, in accordance with the general doctrine of privity of contracts specified under Article 175 and 177 of Qatar Law No. 22 of 2004 (the “Civil Code”), the arbitration agreement is binding on the contracting parties and their general successors only.

The tribunal can, therefore, assume jurisdiction over third parties in the event of a general succession to a party, unless the parties have agreed otherwise. Article 7(6) of the Arbitration Law provides that the arbitration agreement does not expire with the death of one of the parties and can continue to be implemented by or against the persons who represent that party, unless otherwise stipulated in a specific legislative provision or by agreement of the parties.

Having said that, we are not aware of any precedents whereby non-signatories were held to be bound by an arbitration agreement.

There have been no further developments in this regard.

Are there any restrictions in the appointment of arbitrators in Qatar?

Pursuant to Article 11 of the Arbitration Law, the arbitrator(s) must be chosen from the list of approved arbitrators maintained with the Ministry of Justice. However, it is also permissible to nominate any other person as an arbitrator provided that the person:

There are no restrictions regarding nationality (unless the parties agree or the applicable law referred to in the contract states otherwise), religion or gender.

Finally, the tribunal must be composed of an odd number of arbitrators, or the arbitration is null and void (Article 10 of the Arbitration Law).

In the absence of an agreement between the parties to appoint arbitrators, the following applies:

An application to appoint an arbitrator must be made by notifying all the of parties, and must include a summary of the nature of the dispute and the steps taken to appoint the arbitrator.

Article 12 of the Arbitration Law provides that an arbitrator’s appointment can only be challenged if there are reasonable doubts about their impartiality or independence, or where they do not meet the qualifications agreed upon by the parties.

If the other party objects to the challenge, or the arbitrator fails to withdraw, the matter is referred to the Qatari courts or the arbitral institution which is administering the arbitration, as the case may be.

Are arbitrators immune from liability in Qatar?

Article 11 of the Arbitration Law grants arbitrators general immunity from liability, unless the arbitrator has acted in bad faith, collusion or gross negligence.

Further to Article 19 of the Arbitration Law, parties are free to decide on the rules of evidence that would apply to the arbitration. The tribunal has the authority to determine questions of admissibility, relevance, and weight of evidence, subject to the rules agreed by the parties.

Having said that, if the court agrees to the request for assistance, it can exercise the rights accorded to it under Qatar Law No. 13 of 1990 (the “Civil and Commercial Procedures Law”), including summoning of witnesses and penal sanctions for witnesses who fail to respond (Article 27(2) of the Arbitration Law).

The tribunal must decide the burden of the arbitration costs in terms of fees and expenses, the party responsible to pay the costs, and the payment procedure, unless the parties agree otherwise (Article 31(4) of the Arbitration Law).

The tribunal takes into account all expenses incurred in the arbitration process, including the administrative fees of the arbitration institution, arbitrators’ fees, legal costs, and other disbursements, and apportions them between the parties under the award on liability. The tribunal can order the unsuccessful party to bear all the costs of arbitration, or part of them.

The factors considered in determining costs include the nature of the dispute, its complexity, and the time and effort required to present the parties’ cases. Qatari law grants the tribunal discretionary power in assessing and determining the costs it deems reasonable, provided that it bases its decision on solid grounds.

What legal requirements are there in Qatar for the recognition and enforcement of an award? Is there a requirement that the award be reasoned, i.e. substantiated and motivated?

The requirements for a valid award are set out in Article 31 of the Arbitration Law.

This includes that an award must be delivered in writing and it must be reasoned, unless the parties agree otherwise or the applicable arbitral rules do not require a reasoned award.

It also requires that the award sets out the parties’ details, claims and arguments, as well as the tribunal’s decision as to the merits of the dispute and costs of arbitration.

The recognition and enforcement process is set out in Article 34 of the Arbitration Law.

For domestic awards, after expiry of the period for filing an annulment request, the winning party can apply to the competent judge seeking an exequatur for the award and its enforcement.

The timeframe is difficult to estimate. However, in the past, the recognition and enforcement process may take between six (6) to twelve (12) months.

Subject to the preceding provision, an application for enforcement can continue on ex parte basis, provided that parties have been properly served.

According to Article 33 of the Arbitration Law, an application for annulment of an arbitral award is only admitted if the applicant provides proof of any of the following:

The competent court can annul an arbitral award where either the:

Pursuant to Article 33(4) of the Arbitration Law, an application for annulment or a request for annulment must be filed within one (1) month from the date of either:

The competent court hears the application for annulment after summoning the other party to submit a defense. The court’s ruling on annulment is final and not subject to appeal.