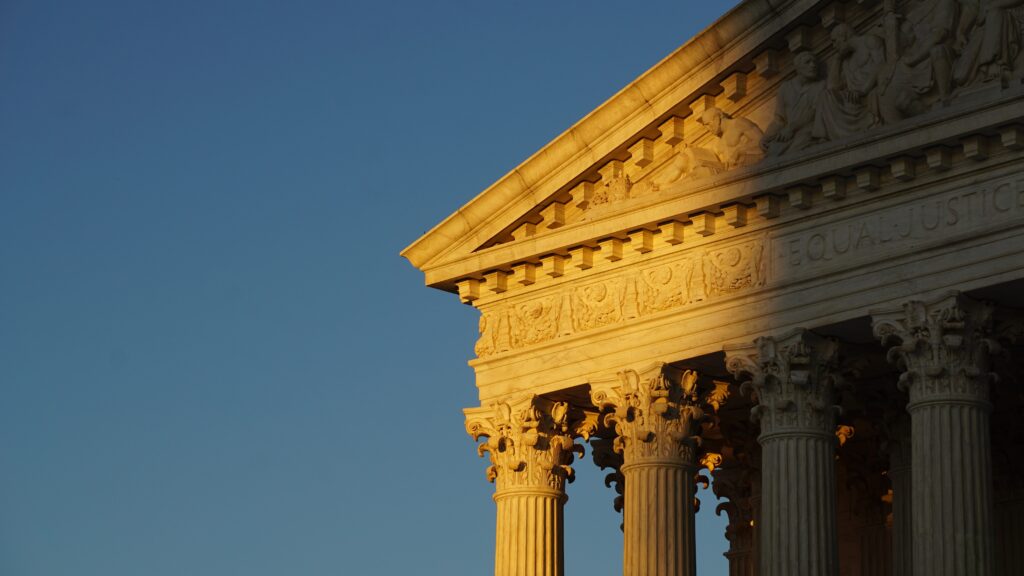 You’ve probably heard the stories before – an employee encounters a dispute with their employer and attempts to bring a claim before the courts, but mandatory arbitration provisions incorporated within their employment agreements stops them from pursuing the claim. The halt in pursuit is due to a variety of reasons such as the costliness of arbitration. For decades, corporations have used this tactic to shield themselves and for decades it has been an unwaveringly successful tactic. But on Monday, in a cinematic 180°, the Supreme Court of the United States issued a unanimous decision against mandatory arbitration and in turn, overturning the lower court’s ruling in Morgan v. Sundance, Inc., U.S., No. 21-328, 5/23/22.

The dispute started when a Taco Bell franchise allegedly began denying overtime pay for its employees. Morgan, an employee of the franchise, accused the manager of recording extra hours erroneously in order to avoid triggering overtime pay. As such, Morgan filed a federal lawsuit against Sundance, the franchise owner.

The parties argued their claims before the courts for nearly eight months before Sundance announced it would force Morgan to arbitrate her claim, due to the mandatory arbitration provision within her employment contract.

Ruling of the Eighth Circuit

A right to arbitration is typically waived if a party waits too long to trigger the mechanism, let alone engage in court proceedings for nearly eight months.

Subsequently, Morgan appealed the ruling to the US Supreme Court.

Ruling of the US Supreme Court

In its ruling, the US Supreme Court held that a federal appeals court had overstepped their authority in creating an arbitration-related rule in a dispute over a fast-food worker’s overtime case against a Taco Bell franchise. The – now vacated – ruling of the Eighth Circuit ruled that Sundance, the franchise owner, did not lose its right to force arbitration because it waited too long in the court process to seek it. The Eighth Circuit found that Morgan, who sued Sundance in 2018, had to show “prejudice” or that the protracted litigation over her overtime dispute caused her harm in order to avoid arbitration. Which is notable considering this is not a requirement under the Federal Arbitration Act, as emphasized by the Justices of the US Supreme Court.

In arguing against the ruling of the Eighth Circuit, Justice Elena Kagan wrote that by demanding:

“that kind of proof before finding the waiver of an arbitration right, the Eight Circuit applies a rule found nowhere else – consider it a bespoke rule of waiver for arbitration,”

Although a significant and founded decision, it is one that may create more uncertainty for the courts as the US Supreme Court left several questions unanswered with respect to the waiver principles and whether state or federal law should be applied.

The US Supreme Court has repeatedly emphasized that the Federal Arbitration Act establishes a strong federal policy “favoring arbitration”. However, this case indicated that some federal courts misconstrued previous rulings bolstering the practice and application of federal policy by adopting special arbitration-preferring procedural rules. The ruling in Morgan v. Sundance will go a long way in stopping gamesmanship in the courts.