Guide to International Arbitration in the Middle East: Cyprus 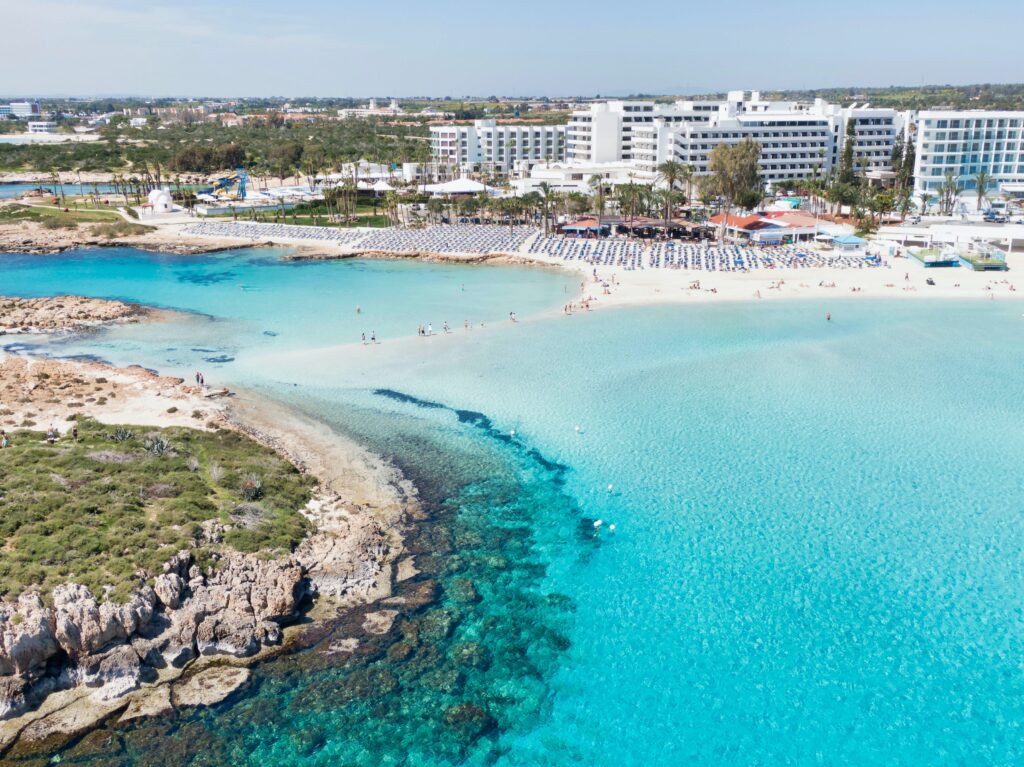 This is the second in a series of Guides to International Arbitration in the Middle East.

In this guide, we will look at international arbitration in Cyprus.

The information found in this guide is accurate as of January 7, 2022.

Is Cyprus a signatory to the New York Convention?

What legislation applies to arbitration in Cyprus?

The Cyprus legislation applicable to arbitration is the following:

The provisions of the aforementioned legislations are mandatory and refer to the validity of the arbitration agreement, the issuance of arbitral awards, the procedure for recognition and enforcement of awards and the powers of the courts in Cyprus with regard to arbitration procedures.

What other arbitration-related treaties and conventions is Cyprus a party to?

Cyprus is also a party to the Convention on the Settlement of Investment and Disputes between States and Nationals in Other States. Furthermore, Cyprus has entered bilateral investment treaties with twenty-seven (27) countries.

Is the law governing international arbitration in Cyprus based on the UNCITRAL Model Law? Are there significant differences between the two?

What arbitration institutes exist in Cyprus?

There are several Arbitral Institutions providing arbitration services in Cyprus. The most prominent are the following:

Each of the aforementioned institutions has their own set of arbitration rules, which have not been recently amended nor is there any indication that they will be amended soon.

What are the validity requirements for an arbitration agreement under the laws of Cyprus?

Under Section 7(3) of Law 101/1987, it is provided that an arbitration agreement is considered to be “in writing” if:

Is there anything particular to note in Cyprus with regard to multi-party or multi-contract arbitration?

There is no statutory provision imposing any limitation to multi-party or multi-contract arbitration procedures.

The principle of privity of contracts will, in essence, not allow for third parties to be bound by an arbitration agreement and the arbitration procedure. As a result, arbitral tribunals cannot assume jurisdiction over third parties.

However, although it has not been tested before the courts in Cyprus, third party companies belonging to the same group of companies with a company who is a signatory to the arbitration agreement, may be considered bound by the agreement pursuant to the “group of companies doctrine”.

The following subject-matters are considered non-arbitrable:

There has been no evolution in this regard in recent years.

Are there any restrictions in the appointment of arbitrators in Cyprus?

The legislation in Cyprus does not impose any restriction on the appointment of arbitrators. The parties are free to select any person to act as arbitrator and decide the number of arbitrators to be appointed. However, some arbitral institutes, such as the International Court of Arbitration, set forth certain restrictions with respect to the appointment of arbitrators. An example of said restriction can be found in Article 13(1) of the 2021 ICC Rules of Arbitration which stipulates that the ICC Court will consider the prospective arbitrator’s nationality, residence and other relationships with the countries of which the parties are nationals. This is common practice in arbitration, as arbitrators are typically required to be of a different nationality than the parties to the dispute as to maintain ultimate neutrality.

In the absence of an agreement on the procedure for the appointment of the arbitrators, Section 11(3) of Law 101/1987 provides the following:

Section 11(4) of Law No 101/1987 further provides that if any party, or two arbitrators, or any other person (including the arbi­tral tribunal), fail to abide by the agreed upon procedure for appointment of arbitrators, then the court on the application of any of the parties will have the power to take the necessary action in their stead, unless the agreed appointment procedure provides otherwise.

Pursuant to Law 101/1987, the appointment of arbitrators may be challenged if there are justifiable reasons to suggest that they are not impartial or independent or that they lack qualifications which were previously agreed upon by the parties.

The parties are free to agree on the procedure for challenging the appointment of an arbitrator. However, if they have not agreed upon a procedure, Section 13 of Law 101/1987 provides that the challenge must be submitted before the arbitral tribunal within fifteen (15) days from the day the party became aware of the reason for the challenge. If the challenge is rejected by the tribunal, an application to review the decision of the tribunal may be submitted before the competent court within thirty (30) days from receiving notice of the decision of the tribunal. The judgment of the court will be final and not subject to appeal.

If the mandate of an arbitrator is for any reason ceased, including the above procedure, a substitute arbitrator will be appointed in accordance with the rules that applied to his/her original appointment or, if need be, the default procedure for appointment.

Are arbitrators immune from liability in Cyprus?

Arbitrators’ immunity is not expressly provided for in the Cyprus legislation. However, common law principles would apply and render them immune, since they will be considered to perform a quasi-judicial role. In view of that, the arbitrator will not be liable to the parties for failing to act with reasonable care or skill. In such cases, the courts of Cyprus may remove the arbitrator and/or annul their award.

In international commercial arbitration, the parties are free to agree and determine the procedural rules applicable to the arbitration. In the absence of an agreement between the parties, the tribunal will use its discretion to determine the procedure to be followed and all matters relating to the submission and admissibility of evidence. Furthermore, pursuant to Section 26 of Law 101/1987, in the absence of an agreement between the parties providing otherwise, the tribunal may appoint experts to provide their opinion on the issues raised before the tribunal and also order the parties to provide all relevant information and any document to the appointed expert. Additionally, as per Section 27 of Law 101/1987, any party or the tribunal itself may seek the assistance of the courts in Cyprus with the collection and submission of evidence.

In domestic arbitration, the tribunal will apply, mutatis mutandis, the Civil Procedure Rules which is the procedural legal framework for civil proceedings. Furthermore, any party may apply to the court to issue summons requiring any person to appear before the tribunal for examination or to produce any document that would be compelled to produce in a similar court trial. (Section 17 of the Arbitration Law – Cap.4).

Law 101/1987 does not include any provision with regard to the allocation and/or estimation of costs. Issues of costs remain at the discretion of the tribunal, but the general rule in civil proceedings is that the losing party will be ordered to bear the costs of the winning party.

What legal requirements are there in Cyprus for the recognition and enforcement of an award? Is there a requirement that the award be reasoned, i.e. substantiated and motivated?

An application for recognition and enforcement of an arbitral award will be accepted by the courts in Cyprus unless one of the limited reasons for refusal is applicable. It must be noted that the application must be supported by an authenticated original award or a duly certified copy of the award, and a copy of the arbitration agreement. Furthermore, if the arbitral award is not issued in Greek, the court may ask for an official translation of the award to also be submitted (Section 35 of Law 101/1987).

Registration and enforcement may be rejected by the court pursuant to Section 36 of Law 101/1987, on the basis of any of the following reasons:

The registration can also be rejected if the court finds that the subject matter of the dispute is not arbitrable under the laws of Cyprus or the award is incompatible with the public policy of Cyprus.

Article (V) of the New York Convention, provides for the same reasons for rejection of applications for recognition and enforcement of arbitral awards issued in other contracting states.

The award cannot be challenged on its merits within the framework of the application for recognition and enforcement.

The application for recognition and enforcement of the award is made by summons, so that the respondent party will be allowed to submit an objection and state its position to the court, on the limited grounds for objection provided by the pertinent legislation.

Even though the Foreign Courts’ Judgments (Recognition, Registration, Enforcement) Law 121/2000 (which applies to arbitral awards as well) provides that the hearing for recognition and enforcement must take place within four (4) weeks, the proceedings will depend on the respondents’ approach and the workload of the Court and may take anywhere from three (3) to twelve (12) months.

The merits of the arbitration award cannot be challenged by the parties. However, a party may request a) the correction of an arbitral award or b) the setting aside of the award on specific grounds.

Pursuant to Section 33 of Law 101/1987, a party may seek the correction of an arbitral award within thirty (30) days from the receipt of the award, in order for the tribunal to correct computational or other errors of similar nature in the award or, if the parties agree, to provide further guidance on the interpretation of a specific part or point of the arbitral award. Furthermore, a party may request the tribunal to make an additional award for claims that, although included in the claims of the party in the arbitration proceedings, were omitted by the award.

A party may apply before a competent court for the set-aside of an arbitral award pursuant to Section 34 of Law 101/1987, on the basis of any of the following reasons:

The arbitral award can also be set aside if the court finds that the subject matter of the dispute is not arbitrable under the laws of Cyprus; or the award is incompatible with the public policy of Cyprus.