Guide to International Arbitration in the Middle East: Saudi Arabia 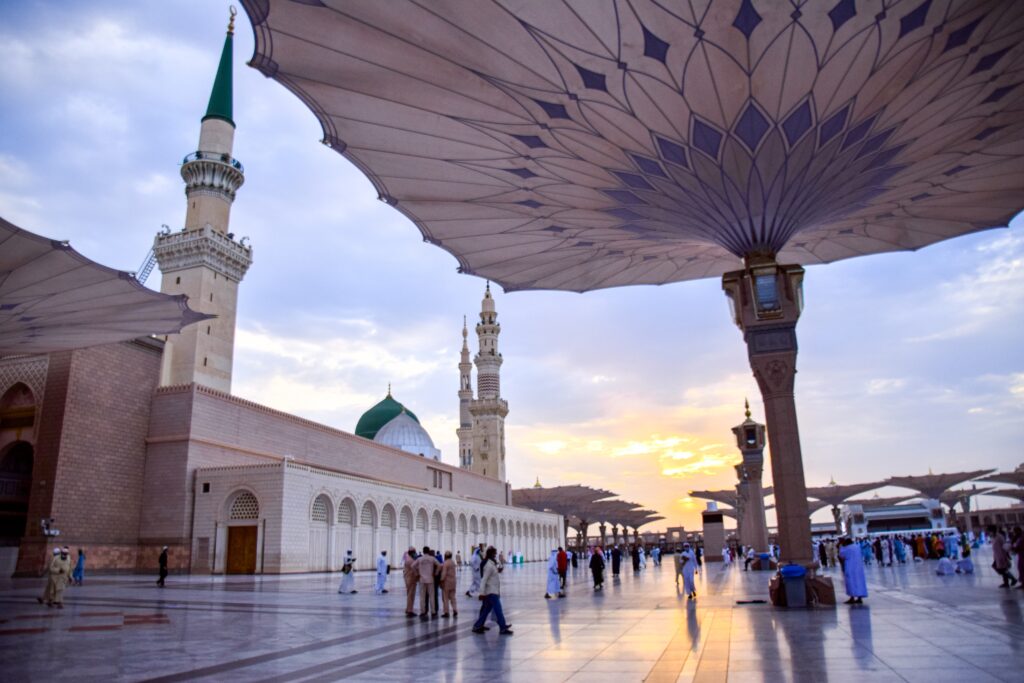 This is the fifth in a series of Guides to International Arbitration in the Middle East.

In this guide, we will look at international arbitration in The Kingdom of Saudi Arabia.

The information found in this guide is accurate as of January 24, 2022.

Is Saudi Arabia a signatory to the New York Convention?

Saudi Arabia is a signatory to the New York Convention since 1994. Its accession to this treaty is based on the principle of reciprocity; that is, that it would enforce the arbitral awards of other signatories to the treaty only if they enforced Saudi awards. The Kingdom’s accession to the New York Convention is also predicated on the principle that enforcement of arbitral awards would not violate Islamic law (Sharia) or public policy.

What legislation applies to arbitration in Saudi Arabia?

The New Arbitration Law, issued on 24/5/1433H (corresponding to April 16, 2012) (the “ArbitrationLaw”) governs domestic and international arbitration in Saudi Arabia.

The Law is broadly based on the UNCITRAL Model Law. The New Arbitration Law and its Implementing Regulations (which came into force on June 7, 2017) are mandatory laws.

What other arbitration-related treaties and conventions is Saudi Arabia a party to?

Saudi Arabia is also a signatory to the following treaties:

Is the law governing international arbitration in Saudi Arabia based on the UNCITRAL Model Law? Are there significant differences between the two?

The Arbitration Law is broadly based on the UNCITRAL Model Law.

However, arbitral awards are not enforceable in Saudi Arabia if they violate Islamic law or public policy.

Up until 2017, there had not been any significant institutions regulating arbitration in Saudi Arabia.

However, following the issuance of a Council of Ministers Decree in 2014 to form an arbitration center to work under the auspices of the Council of Saudi Chambers, the Saudi Center for Commercial Arbitration (the “SCCA“) was established for the supervision of domestic and international commercial arbitrations in the Saudi Arabia.

What are the validity requirements for an arbitration agreement under the laws of Saudi Arabia?

Pursuant to Article 9 and 10 of the Arbitration Law, for an arbitration agreement to be valid and enforceable under Saudi legislation, the following criteria applies:

According to Article 21 of the Arbitration Law, an arbitration clause which forms part of a contract is treated as an agreement independent of the other terms of the contract, and as such, upholds the doctrine of separability.

Is there anything particular to note in Saudi Arabia with regard to multi-party or multi-contract arbitration?

There is nothing in particular to note vis-à-vis multi-party or multi-contract arbitration.

The Arbitration Law aims at affording the parties great flexibility in agreeing to the conduct of the arbitration. As long as the parties explicitly agree as to how the arbitration should be conducted (and the agreement does not violate Islamic law or public policy), the Law would honor the parties’ choices.

Apart from the forgoing, an arbitration agreement binds only the parties to it.

Generally speaking, Saudi court decisions are not published or publicly made available. Moreover, they are not binding on subsequent cases.

Any dispute may be arbitrable except for the following:

Are there any restrictions in the appointment of arbitrators in Saudi Arabia?

The Arbitration Law imposes very broad limitations on the choice of arbitrators.

Under Article 14 of the Arbitration Law, an arbitrator must be legally competent, of good character/conduct/reputation, and hold a university degree in Sharia law or legal sciences.

With regard to the last requirement, if the arbitral tribunal is made up of more than one arbitrator, it is sufficient that the head of the tribunal (Chairman) fulfills this condition.

There are no explicit nationality or gender restrictions on the choice of arbitrators.

In an ad hoc arbitration, the courts may intervene in the case of a disagreement between the parties about the selection process, or if two arbitrators fail to agree on the choice of a third. The court’s intervention must be requested by one of the parties. The court’s decisions in this regard are non-appealable, except at the end of the arbitration when a party files an application to have an arbitral award nullified.

If the arbitration is administered by the SCCA, the Center would resolve disputes between the parties as to the selection of the arbitrators.

The Arbitration Law provides that arbitrators may not be dismissed or challenged unless their neutrality or independence is seriously questioned, or if they do not possess the qualifications agreed by the parties to arbitration. No party may demand dismissing the arbitrator that they appointed or participated in appointing, unless for reasons that became known after the appointment of such arbitrator.

If the arbitrators are not able to perform their duties, or did not commence them, or discontinued them, leading to unjustifiable delay in the arbitration proceedings, and they do not remove themselves from their position, or if the two parties do not agree on their removal, the competent court, in an ad hoc arbitration, may dismiss them upon the request of any party, by a non-appealable decision.

In an arbitration administered by the SCCA, the administrator would resolve any disputes over the appointment of an arbitrator, without the Court’s intervention.

Are arbitrators immune from liability in Saudi Arabia?

There are no explicit provisions in the Arbitration Law attributing liability to arbitrators.

However, arbitrators could be held liable for the violation of other laws, e.g., anti- bribery law.

Moreover, if it is shown that the arbitrator was acting out of self-interest, the arbitral award could be nullified and the arbitrator could be held liable for actual, direct damages their actions have caused

The Arbitration Law permits the parties to stipulate the evidentiary rules of any international or national institution or to any country’s laws. In the absence of such agreement, the arbitral tribunal will apply Sharia evidentiary rules.

If the arbitration is administered by the SCCA, Article 20 of the Arbitration Rules of the SCCA provides, inter alia, the tribunal with the authority to direct the order of proof or exclude cumulative or irrelevant testimony or other evidence and at any time during the proceedings, the tribunal may order the parties to produce documents, exhibits, or other evidence it deems necessary or appropriate.

Unless the parties to the arbitration agree otherwise, each party bears its own arbitration costs. However, the arbitral tribunal has the authority to allocate the costs to the losing party.

What legal requirements are there in Saudi Arabia for the recognition and enforcement of an award? Is there a requirement that the award be reasoned, i.e. substantiated and motivated?

Enforcement of arbitral awards (and court judgments) previously fell under the jurisdiction of the Board of Grievances, which is a statutory tribunal distinct from the General (Sharia) Courts. However, the new Enforcement Law, which was issued under Royal Decree No. M/53, dated June 3, 2012, abandoned the old system of enforcement proceedings before the Board and entrusted the enforcement of foreign judgments and arbitral awards to a relatively new jurisdiction, the Enforcement Court. It remains possible to challenge awards issued outside of Saudi Arabia, on procedural or jurisdictional grounds, before the Appellate Tribunal of the competent court (i.e., the court that has original jurisdiction over the dispute).

The first step in the enforcement process would be to submit the award to the Enforcement Court.   If the judge determines that the award did not contravene Islamic law or public order, is final, the award debtor was properly notified of the arbitration proceeding in the issuing country, and that awards from the issuing country are enforceable in the nation, he will proceed with stamping it as an enforceable instrument and require the award debtor to comply.

The enforcement judge has broad authority to seize assets, ban travel, and so forth, to ensure compliance. The Enforcement Law, which applies to both arbitral awards and court judgments, contains detailed provisions about these procedures.

Generally speaking, the court does not review the substantive reasoning behind the award. However, Article 42 of the Arbitration Law mandates that all awards rendered be reasoned and made in writing.

It is difficult to say with certainty how long it would take for a Saudi court to recognize and enforce an arbitral award.

It is highly dependent on whether the respondent contests the judgment; what, if any, assets are available to enforce on; etc. Typically, however, the Enforcement Court will begin to impose sanctions (such as freezing monetary assets and freezing government services) within three (3) to four (4) months of the application.

Under Article 49 of the Arbitration Law, an arbitral award that has been issued in Saudi Arabia is non-appealable in any way, except through an application to the competent court to have the award set aside (nullified) on limited, enumerated procedural and jurisdictional grounds. Thus, appeals on the merits are not permitted.

Under Article 50(1) of the Arbitration Law, an application to have an arbitral award nullified will only be accepted in limited circumstances, including:

It is important to note that it is possible to appeal an award issued in Saudi Arabia on the ground that the award is contrary to Islamic law and public order. Due to the fact that the Arbitration Law is relatively recent, it is not clear yet whether the court would re-examine the underlying merits of the case.

There is only one level of appeal of a domestic arbitral award to the court originally competent to hear the dispute. Nullification applications are submitted directly to said court on one or more of the procedural grounds explained above.