Guide to Internationl Arbitration in the Middle East: Turkey 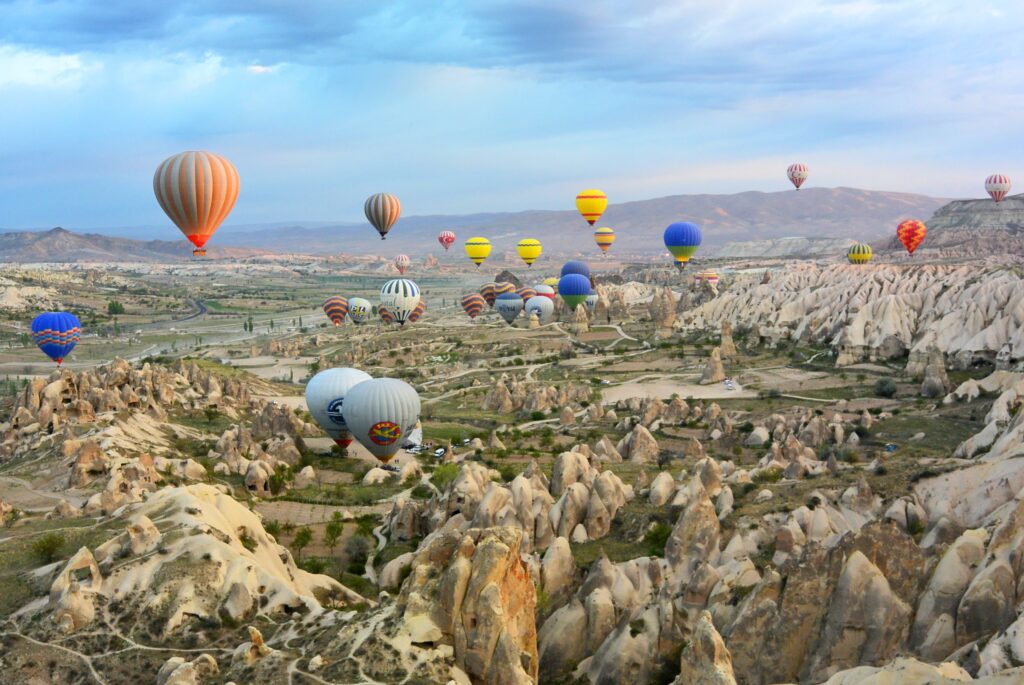 This is the sixth in a series of Guides to International Arbitration in the Middle East.

In this guide, we will look at international arbitration in Turkey.

The information found in this guide is accurate as of January 31, 2022.

Is Turkey a signatory to the New York Convention?

Turkey is a party to the New York Convention.

As per Article 90 of the Constitution of the Republic of Turkey (the “Turkish Constitution”), international treaties which have duly entered into force have the force of law in Turkey.

What legislation applies to arbitration in Turkey?

In Turkey, arbitrations are regulated by two main legislations:

Both laws are mainly based on the UNCITRAL Model Law and the Swiss international arbitration law.

The IAL is applicable to disputes including a foreign element where the designated seat of arbitration is Turkey or when the parties or the arbitral tribunal choose IAL to be applied to the arbitration.

The CCP is applicable to the disputes which do not have a foreign element, as defined in the IAL, and where Turkey is the designated seat of arbitration.

What other arbitration-related treaties and conventions is Turkey a party to?

Turkey is a party to the European Convention on International Arbitration and to the Convention on the Settlement of Investment Disputes between States and Nationals of Other States (the “ICSID Convention”).

In addition, Turkey has signed bilateral investment treaties (“BIT”) with 98 countries, 76 of them are currently in force.

Is the law governing international arbitration in Turkey based on the UNCITRAL Model Law? Are there significant differences between the two?

There are no significant differences between the two.

What arbitration institutes exist in Turkey?

The main arbitral institutions in Turkey are:

ISTAC was established in 2015 and its rules have not been amended since then.

Yet, it should be noted that ISTAC introduced the Mediation-Arbitration Rules (the “Med-Arb Rules”), an alternative dispute resolution procedure which has the characteristics of both mediation and arbitration, on November 15, 2019, and it also introduced the Online Hearing Rules and Procedures as of April 21, 2020.

The ITOTAM Rules of Arbitration have been recently amended, with the amended version going into force as of March 31, 2021.

The TOBB Arbitration rules have not been amended since 2016.

What are the validity requirements for an arbitration agreement under the laws of Turkey?

As per the provisions of the CCP and the IAL, an arbitration agreement shall be in writing. The relevant agreement can be embedded in a contract between the parties as a provision, or it can be a separate contract. An agreement is considered as made in writing if it is contained in a document signed (including by e-signature) by the parties or in an exchange of letters, telex, telegrams or other means of telecommunication which provide a record of the addressee’s confirmation of receipt. The reference in a contract to a document containing an arbitration clause also constitutes an arbitration agreement provided that the reference is such as to make that clause part of the contract.

Is there anything particular to note in Turkey with regard to multi-party or multi-contract arbitration?

There is nothing in particular to note vis-à-vis multi-party or multi-contract arbitration, except that they are common between domestic and foreign parties.

There is no regulation under the Turkish law for the extension of an arbitration agreement to a third party.

With that being said, there are certain exceptions to this principle such as where the explicit or implicit consent of the non-signatory exists, or there is an assignment of claim to a third party, or if a representative or agency that is acting on behalf of the non-signatory, or if there is a ground for lifting the corporate veil, etc.

In a recent decision by the 43rd Chamber of the Istanbul Regional Court, dated April 22, 2021, with File no. 2020/291 and Decision no. 2021/528, the plaintiff in the arbitral process had assigned their receivable to a third party at the enforcement stage. The defendant debtor objected to the request for enforcement of the award by claiming, inter alia, that the third-party seeking enforcement was not a signatory to the arbitration agreement and that therefore the arbitral award could not have been extended to such third-party. Yet, the first instance court dismissed the defendant’s objections by stating that there was no need for the approval of the debtor for the assignment of receivable and since the receivable of the plaintiff had been duly assigned to the non-signatory third-party, there was no obstacle for the non-signatory third-party to seek enforcement of the arbitral award, even though it was not a party to the arbitration agreement.

Under Turkish law, only the matters which are at the parties’ free disposal can be arbitrated. The IAL and CCP govern that the disputes related to in rem rights in immovable properties and the disputes which are not subject to the free will of the parties cannot be arbitrated. In general, disputes related to bankruptcy law, criminal law, administrative law, family law and tax law are not arbitrable.

Are there any restrictions in the appointment of arbitrators in Turkey?

In general, the parties are free to determine the procedure for appointment of the arbitrators. However, both the CCP and IAL stipulate that the number of arbitrators must be an odd number.

In the event the parties cannot agree on the procedure, then the appointment shall be made as per the procedure set forth in the CCP or the IAL.

The parties to the dispute, judges or public prosecutors cannot be appointed as arbitrators.

The local courts can intervene in the selection of arbitrators, provided that:

In any such case, the civil court of first instance appoints the relevant arbitrator(s), upon the request of one of the parties.

The appointment of an arbitrator can be challenged, in the event any of the following apply:

Both the CCP and the IAL stipulate that the parties can freely determine the procedure for challenging the arbitrators.

In the event that the challenging of the arbitrators results in the complete elimination or loss of quorum of the selected arbitrators or the arbitral tribunal, then such challenge shall be requested from the court. Decisions to be rendered by the court will be final and binding and cannot be appealed.

Are arbitrators immune from liability in Turkey?

As per Article 419 of the CCP and Article 7/E of the IAL, unless otherwise agreed by the parties, if the arbitrator that has accepted the duty refrains from carrying out their obligations without justifiable reason, they shall be obliged to compensate the damages incurred by the parties due to such act.

The provisions of the CCP relating to evidence are not directly applicable to the arbitration proceedings initiated as per the CCP.

Within this scope, generally, the parties may freely determine the applicable rules and procedure regarding the obtainment of evidence. In general, written, and oral proceedings are conducted in line with the international arbitration practices and, in this respect, the parties usually incorporate the International Bar Association Rules on the Taking of Evidence in International Arbitration (the “IBA Rules on Evidence”).

If necessary, the parties or the arbitral tribunal may seek assistance from local courts in obtaining evidence where necessary. Other than this, the local courts do not have the authority to ex officio obtain evidence.

The local courts cannot compel the witnesses to participate in arbitration proceedings.

“(4) Unless otherwise agreed by the parties, costs in arbitration proceedings shall be imposed on the party that is determined to be wrongful. If both parties partially prevail in the case, costs shall be allocated between the parties according to their rightfulness.

(5) Costs in arbitration proceedings shall also be designated in the decisions of the arbitrator or the arbitral tribunal terminating the proceedings or establishing the settlement between the parties.”

“D) Unless otherwise agreed by the parties, the costs of proceedings shall be borne by the unsuccessful party. If both parties’ claims are partially upheld in the arbitral award, the costs of arbitration shall be apportioned among the parties by taking into account the degree of justification of their claims.

The award of the arbitral tribunal that terminates the arbitral proceedings or that settles the case shall also contain the costs of arbitration.”

What legal requirements are there in Turkey for the recognition and enforcement of an award? Is there a requirement that the award be reasoned, i.e. substantiated and motivated?

The New York Convention and the provisions of the IPPL regulate the procedure for recognition and enforcement of foreign arbitral awards.

The enforcement of foreign arbitral awards must be requested from the competent court of first instance by a petition, where the party requesting the enforcement must attach:

In an enforcement action, the Turkish court will assess whether there are any grounds for rejecting the plaintiff’s application for enforcement. The grounds for refusing the enforcement of a foreign arbitral award are listed exhaustively under Article 62 of IPPL and are as follows:

Article 14/A-2 of the IAL provides that the award shall contain legal grounds and reasoning. Yet there is no such provision under the IPPL. There have been conflicting decisions of different Chambers of the Court of Appeal in this regard. Within this scope, the General Assembly of the Court of Appeal on the Unification of Judgments rendered a decision dated February 10, 2012, with File no. 2010/1 and Decision no. 2012/1, where it was decided that even if a foreign court decision does not contain reasoning, it can be enforced in Turkey. Although this decision is related to foreign court decisions, it is also used for the enforcement of foreign arbitral awards by analogy.

Recognition and enforcement of an award may be requested from a competent court of first instance where the courts, in general, render their decisions within six (6) to eighteen (18) months. The decision of the first instance court will be subject to an appeal before the Regional Court of Appeal and then the Higher Court of Appeal, where each appellate review approximately take another six (6) to eighteen (18) months.

A party is not allowed to bring a motion for the recognition and enforcement of an award on an ex parte basis.

There is no appeal procedure for a foreign award or a domestic award.

The domestic awards will only be subject to set aside proceedings. The grounds for setting aside are governed by the IAL and the CCP, which are mostly parallel to the grounds for refusing the recognition or enforcement of foreign awards provided for by the New York Convention.

[1] Article 408 of Civil Procedure Law provides, albeit in terms of domestic arbitrations, that disputes arising out of rights stemming from immoveable properties and disputes the resolution of which does not depend on the free will of the parties cannot be settled by arbitration